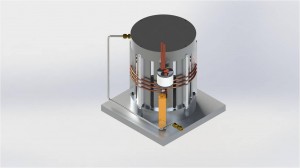 Advantages and Benefits of ICP source with our Matching Network:

– Low generation of damaging species such as charged particles, UV radiation and less heat production by the plasma.

– Very low percentage of the power goes into the production of charged particles and UV radiation. 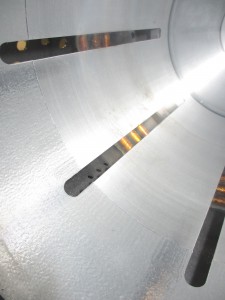 – Very low levels of wafer charge damage and contamination by both heavy metals and mobile ions.

– High frequency (RF) electric current is passed through a helical coil which circles a dielectric-walled chamber to couple power into the electrons in the chamber.

– A multi-turn coil surrounds the cylindrical chamber, and the RF current in the coil creates a predominantly axial magnetic field within the chamber.

– The induction electric field sustains the plasma discharge as it drives electrons in a circumferential direction around the axis of the cylinder.

– Because the electric field has the same sinusoidal time dependence as the current in the coil, the electrons are driven alternately clockwise and counterclockwise at 13.56 MHz.

– Low heat and ion flux to the walls mean lower etch rates of the plasma chamber walls, thus permitting use of fluorinated chemistries

–  Produces no wafer charge damage and very low contamination by heavy metals and mobile metals such as sodium. 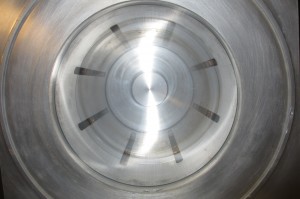