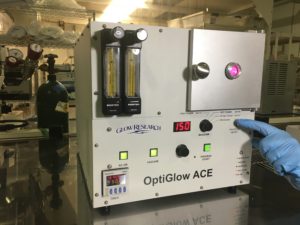 click here for more information on the OptiGlow ACE